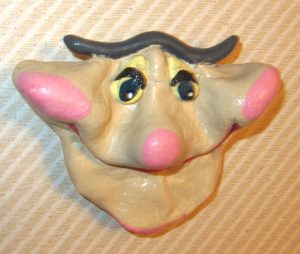 Never stay up on the barren heights of cleverness, but come down into the green valleys of silliness.

Acting silly is one of the primal pleasures.

It’s such fun to take a lot of people and create something silly.

A friend was telling me the other day how delighted she was to have discovered someone new who she could be silly with. I was a bit wistful, realizing I hadn’t been silly in awhile and I miss it. We talked about how fun, and how rare, it is to find a true companion in silliness—not only someone willing to be silly, but whose “brand” of silliness meshes with your own (there are so many different ways to be silly!).

Kids are often joyously silly together, but adults less so. Were you discouraged from being silly as a kid? My childhood foolishness was mostly unstoppable, but as I matured, it was dampened by the firm lesson from my mother that one should always be dignified. Being silly is rarely dignified. Nor did I want to be thrown in with the usual crowd of silly people, those either empty-headed or drunk. 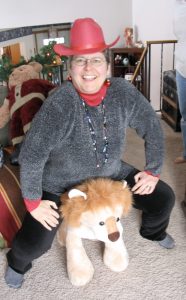 The older I got, though, the more the sheer pleasure of playful silliness outweighed any concern for my public image. Being silly with others just feels too good.

More like its original definition (in Old English) as “happy, prosperous, fortuitous.” Over time “silly” has sunk a long way from this; its meaning gradually eroded from “happy” to “blessed/holy,” to “pious,” to “innocent,” to “harmless,” to “pitiable/weak,” to its current meaning of “foolish” or “feeble-minded.”

Not surprising we are reluctant to be silly.

In a recent video, Asia Suler suggested that any time we do something that is not approved, understood or encouraged by mainstream culture, it will be considered silly and we will feel foolish. How true!

Maybe it’s not a bad thing to feel silly; maybe it’s a kind of courage. 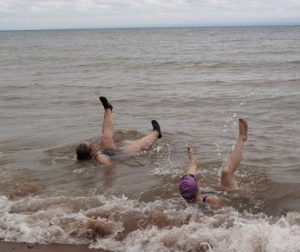 And if silly behavior is countercultural, no wonder it feels so energizing!  This reminds me of the old tradition of the Fool in the King’s Court, there to use humor and foolishness to make sure the kingdom lived up to its ideals. Or the trickster found in many indigenous cultures, whose silliness often helped keep the culture from becoming too rigid, smug or harsh.

Let’s not leave it all up to Saturday Night Live and others. Those who are willing and eager, let’s break our own rules, our family’s rules, or the culture’s rules, and revel in some joyful silliness!

Anyone want to play?

Return of the Wind