Finding my Way in the Dark 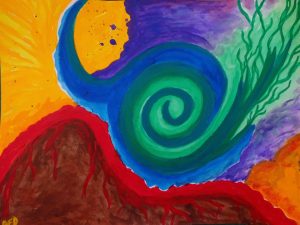 It’s the dark of the moon, sunlight is waning, and my mood is dark.

For four years now I’ve not ventured into politics in this blog—I figure we all get plenty of that elsewhere—but it’s been a hard week and I’m struggling. I can only imagine how the many women who have been raped or assaulted are feeling. Yet even without that experience myself, my rage has been triggered, based on a lifetime of being ignored, discounted, and unheard as a woman. Decades (and lifetimes) of this, even as a privileged white woman amongst educated and privileged men.

A few days ago I felt encouraged, as new information and support for women was continuously spilling forth in the news. Secrets revealing the misogynist culture at Yale. Dr. Ford’s courage, and her story validated by stories from women all over the country. Unprecedented letters written by the American Bar Association and hundreds of law professors.

Yet on Friday and Saturday we learned it made no difference. (Apparently the majority of the Judiciary Committee were so intent on getting what they wanted that they couldn’t hear, or wouldn’t listen to, all those voices crying “no.” Kind of like a man intent on rape who is unable or unwilling to hear “no”?)

How to channel my rage and sense of helplessness?

I spent two days writing a fiery poem about it all. That helped, a little.

On several days, including today, I tried to swim it off in an extra-vigorous workout. Helped some.

But now I’m cranky all over again reading an article in the Sunday Star Tribune (from the Washington Post) about the Metoo movement “one year later.” The article is mostly factual, but the subtext questions whether the movement has really changed anything around the world. I’m annoyed to see it–I don’t want the paper provoking any more hopelessness in a bad week. And I’m irritated if the impact of the movement is measured mostly by action taken by governments, businesses and organizations (action which has been slim so far). While of course concrete action is the goal, let’s not discount that:

It strikes me as typically wrongheaded in our world: we want to measure success largely by outward organized action, rendering trivial the harder-to-perceive, but nevertheless real, impact from unburdening hearts, forging emotional connection, strengthening and healing communities and revealing hidden difficult truths. 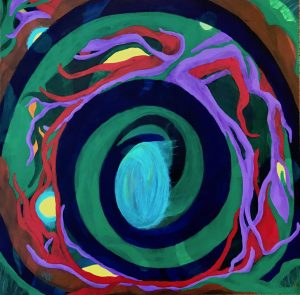 Oh, I actually feel better now. I don’t want to make that same mistake in thinking about the Supreme Court nomination process. While I’m angry about the outcome and dread the coming years, still there is reason for hope. The collective opening of hearts may be invisible but it is real. Secrets have been revealed that cannot be untold. Voices have been unlocked that will not close up again. It will not be forgotten that certain politicians have openly defied their constituents and ignored the input of hundreds of knowledgeable professionals.

Male elite privilege; the strangling of women’s voices; the degree to which the Supreme Court is, or should be, political—these topics, among many others, will continue to be discussed all over. We will disagree about them, and it may well take a long time to see the concrete changes we want to see.

While I try to bolster my patience, I am going to remind myself:

It is only with the heart that one can see rightly; what is essential is invisible to the eye.

In spite of everything I believe that compassion, truth, kindness, and integrity, while seemingly absent from public life, are actually hidden and gestating in the dark.

What do you think?

Return of the Wind