It’s a truism that we all affect each other. I am reminded how surprising and nourishing a chance meeting with a stranger can be as I recall fondly an incident that happened several years ago.

After Tom and I had finished brunch at a busy local restaurant on a Sunday morning, I stood in the restaurant lobby while he paid the bill. I noticed an older couple I had not seen there before waiting for a table. I couldn’t look away from the woman’s hair—a lovely gray, nearly white but with silvery highlights, in a short, feminine cut with a chic upswing on one side. She had a quiet dignity about her that was appealing, too. After staring at her from across the room I felt compelled to go over and tell her how beautiful her hair was—the cut, the color and all. She smiled graciously and thanked me. Suddenly I realized that her hair reminded me of my mom’s–an almost identical light silvery gray in soft waves around her face—and I blurted that out. She thought the color was from her Finnish heritage, explaining that it had changed over time from blonde to reddish, to silver gray. I told her my mother had been Norwegian, and we decided that the unusual color was “probably a Scandinavian thing.” 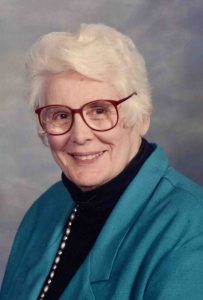 I complimented her again on her chic haircut and her talented stylist. She admitted that she had cut it herself. She said she had been a hair stylist for years in Texas. Surprised, I asked her if it wasn’t hard to see to cut her own hair. She said she “taught blind girls to cut their own hair; a lot of it is done by feel.” I told her I was impressed. She smiled again, thanked me, and we parted, as Tom was now waiting for me by the door.

Exhilarated, I followed Tom to the car. I chattered happily about the conversation, marveling aloud that brief chance encounters can open little windows into other lives. Which made me wish I’d asked more questions of this woman: How did you happen to be teaching blind girls? Had you taught others to cut hair, and how was teaching this group different? How did you get from Texas to Minnesota? Do you have family here? Do you cut anyone’s hair besides your own these days? The woman’s grace and dignity made me want to spend more time with her and get to know her better.

Suddenly I was in tears. Tears of both joy and sorrow, as I sweetly recalled, and sadly yearned for, my beautiful and dignified mother who had died eight years before. Exhilaration to curiosity to grief—belated reactions to unexpectedly seeing my mother’s hair on a stranger. 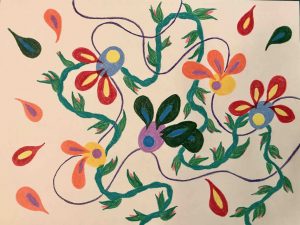 The writer Christina Baldwin calls it the “invisible internet,” the way we sometimes profoundly influence each other by what we do, or say, or by our presence, in ways we may never know. Even such a simple, non-life-changing brush with another such as this.

When have you been surprisingly nourished by an encounter with a stranger?