In the Stream Together 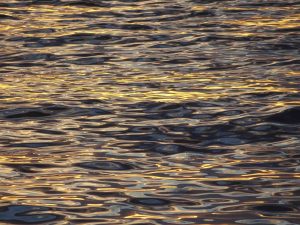 We are living neath the Great Big Dipper
We are washed by the very same rain
We are swimming in the stream together, some in power and some in pain
We can worship this ground we walk on, cherishing the beings that we live beside
Loving spirits will live forever,
We’re all swimming to the other side

I’ve been remembering my friend who died last July, just after her 66th birthday. From the time we met as sophomores in high school in 1968, until her family moved to Iowa in the summer of 1970, we were “thick as thieves.” We were playfully silly: we made up words, sang to cows in a pasture, talked to mannequins in department stores. Of course we were 15 and 16 year old girls. But there was also tremendous comfort and delight in being together, because for the first time in our lives we felt fully matched in quickness and quirkiness of thought, in humor, creativity and imagination.

Right away we instinctively saw each other. I appreciated not only the creative, disorganized, comical imp she was on the surface, but also the brilliant, deep-thinking scholar within her who loved science, classics and poetry. She knew that beneath my cooperative, orderly braininess lay a wilder, more imaginative and unconventional spirit. What a joy and relief to be so fully seen—probably more fully than we saw ourselves, and just when it was most needed! We recognized each other, so we didn’t need to talk much about ourselves. Instead we laughed constantly, made art, discussed ideas and books, and commented on what was going on around us. Years later I understood that my bond with her was the first time I had deeply loved someone outside my family.

When her family moved away we were heartbroken. She was allowed only short phone calls, so all that summer and through our senior year we exchanged hour-long cassette tapes several times a week to keep in touch, wrapping them in notes full of “PS’s.” We continued to write each other the following year. I attended Carleton College, but though she was offered several scholarships, she wasn’t able to go to college. Eventually, the letters dried up, for reasons I didn’t fully understand until years later. Even apart, the thread between us did not break; the memories of joy and loss never died.

Forty-one years after her family moved away, I got an email from her. She had found my email on the website for my 40th high school class reunion. She hadn’t searched before because she assumed I’d changed my name when I married. My internet searches for her over the years were fruitless because she was using a pen name. 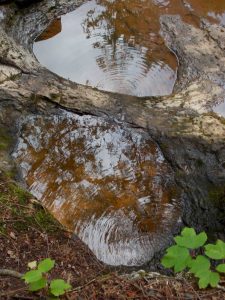 We immediately began having hours long phone conversations—she was living in Texas at the time—and after initial tentative explorations it became clear that even after 40 years the core traits and values that drew us together persisted. Our lives had been about as opposite as two lives could be, yet we still recognized each other.

Within a year she moved back to Minnesota, though more than two hours away from me. She planned to drive straight from Texas. She made her best guess as to when she (and her parakeet) would arrive, and I said I’d meet her there to help her unpack. Although she had no watch and no way to contact me during the 1200-mile drive, we ended up arriving within 5 minutes of each other!

It was a bittersweet reunion. Her life had been one challenge after another. Though her inner light continued to shine she had trouble walking and her health was shaky. Our personalities were so different there was conflict at first. Yet in the nearly eight years we had before she died, we spent as much time together as our lives allowed, doing what we had always done: laughing, making art, and talking about books, ideas and what was going on around us. We came to believe that our connection was deeper than personality or friendship–that we were sisters in the same soul family–because we could not otherwise explain our uncanny bond. 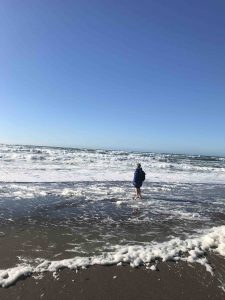 Not long before she died, when she was in hospice, she told me she had a vision she wanted to share with me, a comforting vision that was making her less afraid. She said she saw the two of us swimming together at a beautiful ocean beach. We were enjoying the water together, and then she began to swim out deeper. I swam in her wake, but she said to me, “No, I must go now, but you need to swim back to shore.” We cried together, and I told her I would hold this vision with her. Together we embellished it, adding a picnic on the beach before our swim, and dolphins playing in the water with us. The last time I saw her, I reminded her I would be there with her on the beach.

Now I imagine her frolicking with the dolphins, making them laugh.

I wonder who we might be in some future lifetime when we again feel that spark of recognition and delight in swimming in the stream together.