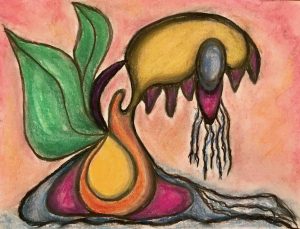 An experience I had in 2015 on a spiritual tour in Ireland popped into mind. I haven’t thought about it for a long time, yet it was one of the most powerful experiences I had there. And it is asking to be told today.

About two-thirds of the way through the 13-day tour we took a ferry to the small Aran island of Innis Mor. Our first stop there was the remains of an early 8th century church that was part of an even earlier monastic village. The ancient church walls sank into the ground, surrounded by gravestones spanning over 1000 years. We climbed down into the church to explore the small space. Then we formed a circle, while our tour facilitator led us in a meditation. She asked us to call in “the warriors of old,” to thank them for their service and courage, to forgive them for any acts they regretted, and to send our love to them.

Wow. Tears began to flow as I saw in my mind’s eye a long line of warriors and soldiers, from many lands and time periods. I felt their anger, grief, and longing too. With a start of surprise (and more tears) I sensed that I had been these warriors in previous lifetimes.

As I sent gratitude and forgiveness I could feel in each one—and in myself—great relief.

Then I began to see the mothers and wives of these men, feel their grief and anger. I knew that I had been those women too. 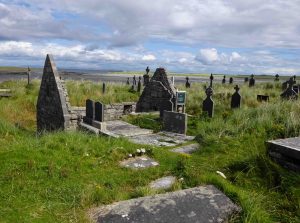 I sent gratitude and forgiveness.

Afterwards I felt both emotionally drained and oddly energized. Washed clean. The steady rain that had unexpectedly begun to fall when we started our meditation ritual ceased for the rest of the day once the ritual was over. The rain seemed an appropriate companion to sorrow.

We were the warriors. On all “sides” of the fight.

We were the wives and mothers.

Thank you. I forgive you. I feel your grief.

May we grieve together.

Together may we break the spell that knows only one way through conflict.

(Click on any photo for a larger, clearer version.)