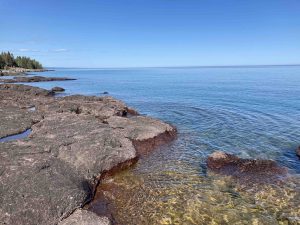 I just returned from 11 days up north at a cabin on Lake Superior. I’d like to share something that delighted me —one of many enchantments—while I was there. 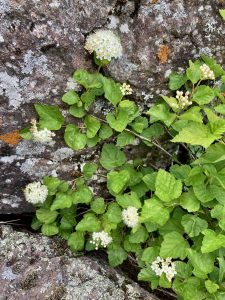 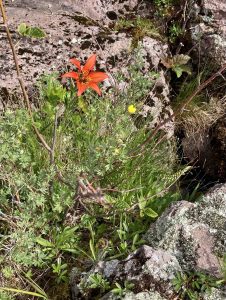 Wildflowers bloomed everywhere, especially in mid July when I first arrived. Big swaths of lupins along the highway, and buttercups and other yellow and white and blossoms that I couldn’t identify. And on the rock shore along the lake bloomed many more—including bright orange lilies—along, atop, and amidst the stone. 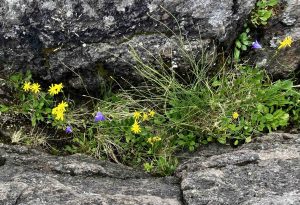 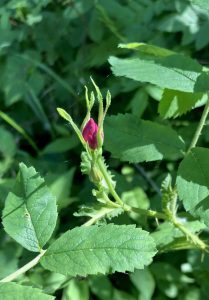 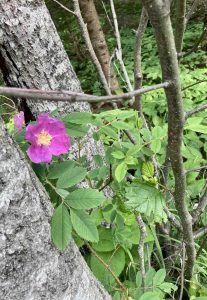 What called to me the most this trip were the wild roses—in the woods, along the road, amidst the rock.

Of course I made several earth altars while I was there (I will share those at another time.) One wild rose petal landed in one of the pools in the rock along the shore. It felt to me like a little jewel shining there in the sun. 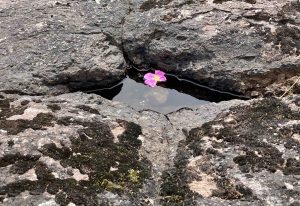 The next day it was looking a little bedraggled but still lovely. 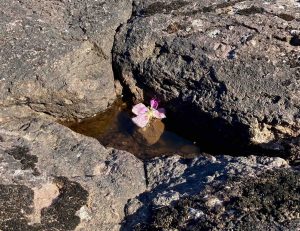 Three days later, after wind and rain, Surprise! The rose became a star! 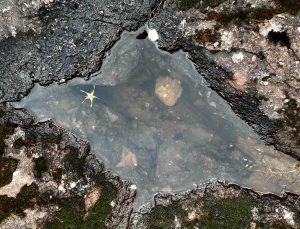 This delights me even now.

Magic everywhere on this planet…

(Please click on photos for a larger, clearer image.)

(If you are receiving this by email and the formatting is weird, you can view the original here.)