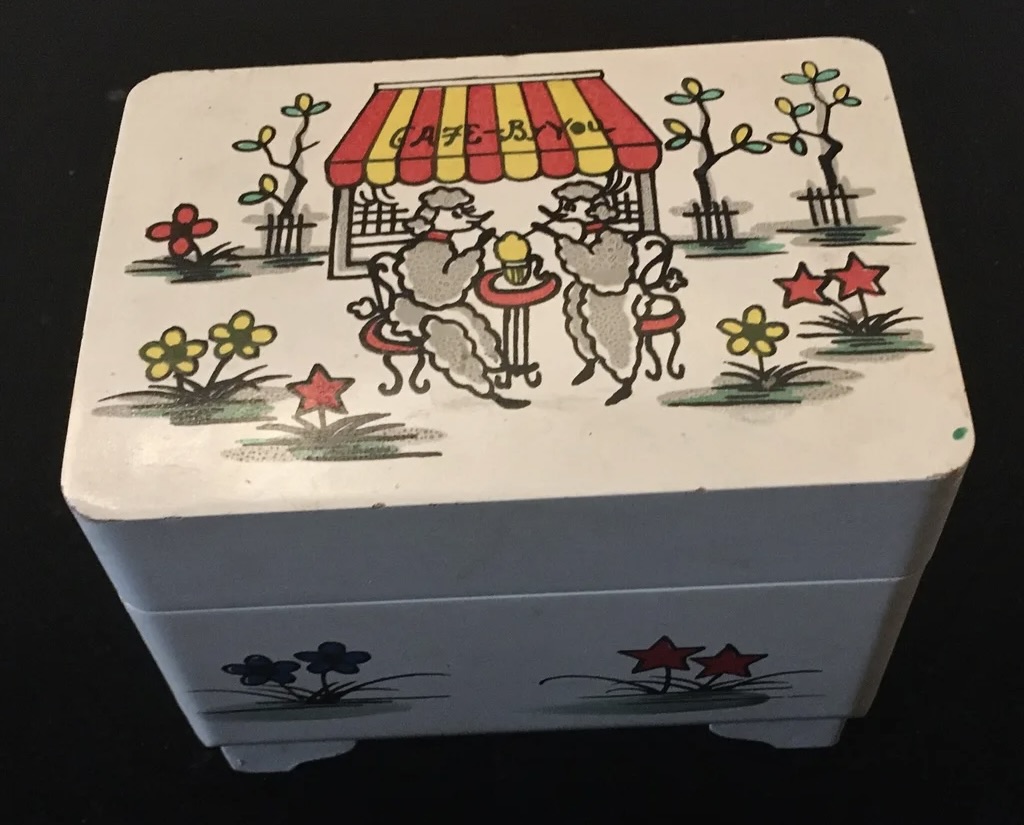 I wish I’d remembered to take a photo of my childhood jewelry box. When I was about 8 I wanted one with a ballet dancer who twirled en pointe when you opened the box—all the rage at the time. Instead, my parents gave me one painted with French poodles sitting at a cafe table in Paris sharing a malt. It had bright flowers on the side, and when you opened it you heard “La Vie en Rose.” (The box coordinated with the French Provincial-inspired headboard on my bed though I didn’t understand that until years later). I loved my jewelry box, even after I bought a large one as an adult. When I lifted the lid the song brought back to me my childhood room in the country. I tenderly released it to the donation pile only a year or two ago. 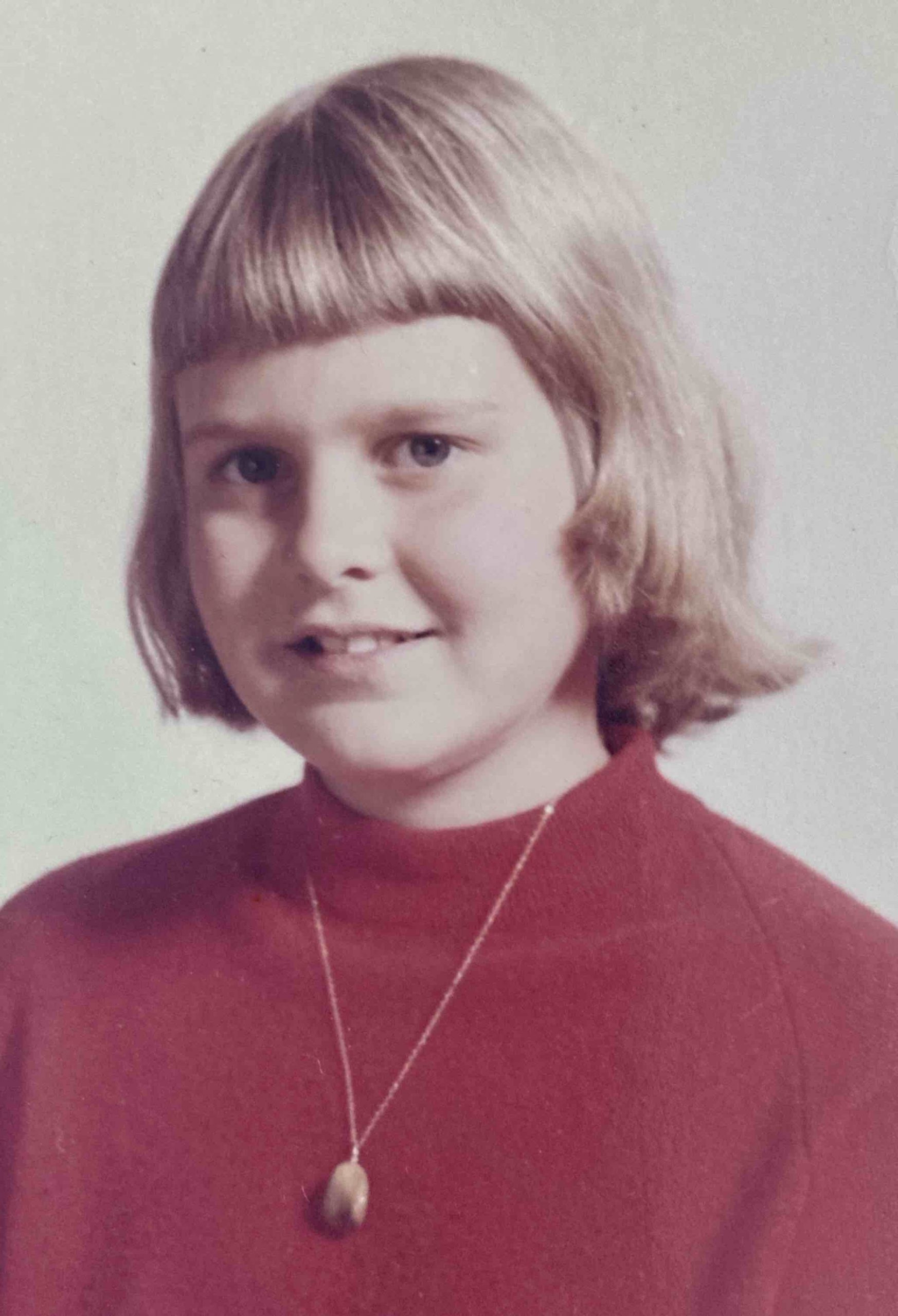 I still have the Lake Superior agate pendant I got on Madeline Island at about the same time, a memento of my first trip to the island, the wonder I felt there and my awe of Lake Superior. I felt so grownup to have a real stone necklace, and I wore it a few months later for my fifth grade school picture.

Other than writing or art, I have kept only one other item from my childhood. Why, when I have tossed practically all of the rest of my history, have I saved for 60 years Miss October, a little ceramic girl holding a dog?

Why, when my birthday is in July, not October?

Why, when I’ve never been fond of either “girlie” trinkets or ceramics?

Why, when she’s clad in brown and white, and I love bright colors and associate October with reds, yellows, golds and burgundy?

Why, when she’s holding a little black dog and I’ve always preferred cats to dogs? 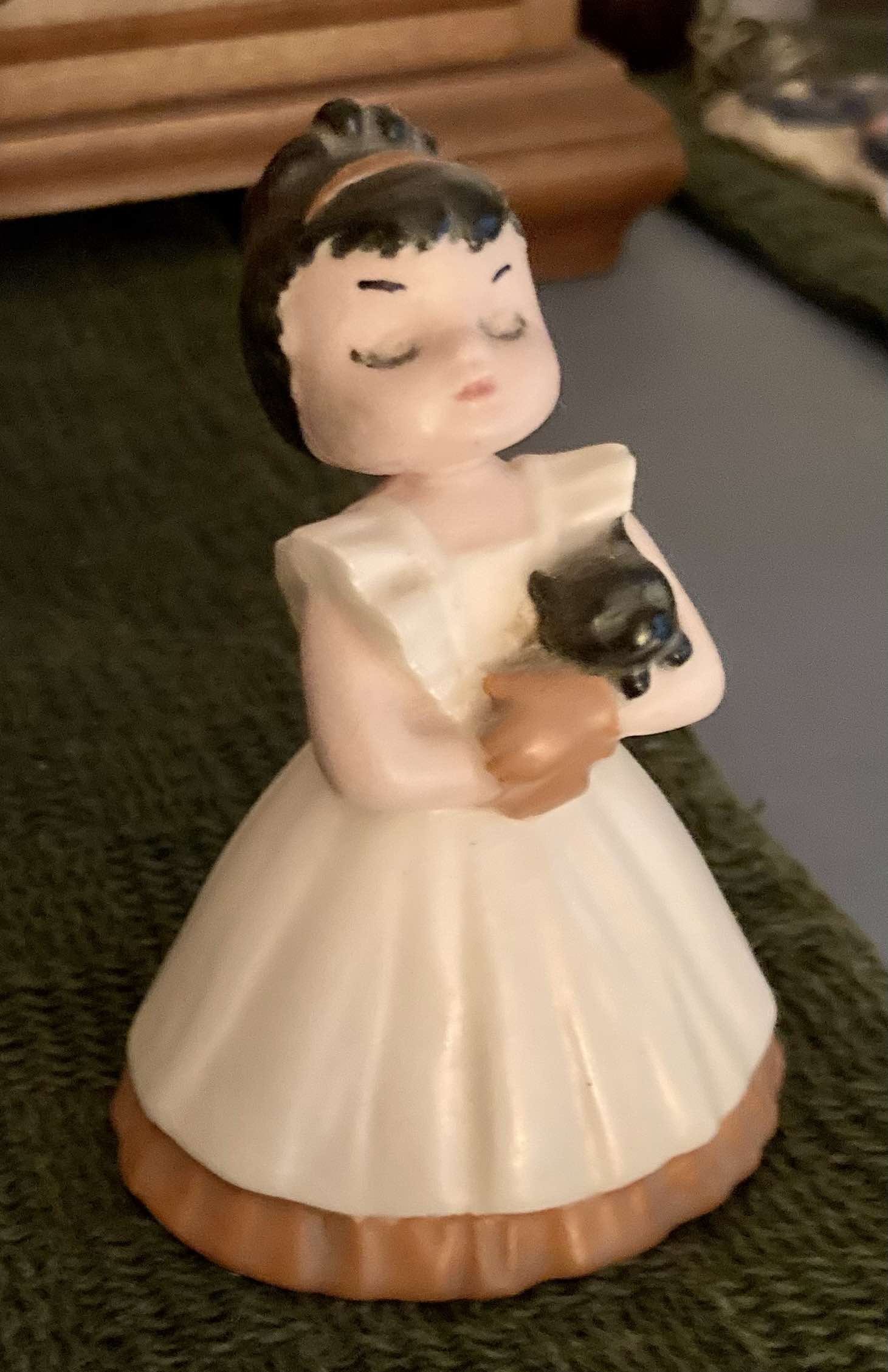 Because she has black hair, which I always coveted?  But not so much any more.

Because Mom gave her to me (my mom loved ceramics)? Though I gave away many things Mom gave me over the years.

Because she adorned my first bedroom separate from my brothers, a room that was special to me, that I carefully decorated, and that I spent many daylight hours in? Yet I have donated everything else from that room (which was white, yellow and orange).

Because after seeing her on my various dressers over so many years I couldn’t ask her to leave? Yet other things as old, and more useful—like my jewelry box—I have released.

Because I still see her—often inspect her, though dispassionately, greet her in a way? I must find something pleasing about her still, even if she doesn’t excite me.

Would the dresser feel incomplete without her? (I think maybe.) Would I? (I doubt it.)

Have I kept her because she has something to say to me? (I doubt that too.)

About me?  Maybe, but try as I might, I haven’t figured that out.

For now, that she’s still with me is a mystery.

Trivial, perhaps, but even trivial mysteries intrigue me.

Are there things from your childhood that you keep but don’t understand why?